It was 1962, the rabble beyond the waterway were already well aroused. Underage drinking went on in the parking lot at the sock hop. Quite a lot of drinking, almost exclusively among the boys. But who knows that for sure? Women’s liberation had been an open secret since the elevation of the Virgin Mary. Girl Power was a tsunami waiting for the earthquake that was birth control pills. Girls were secretive, about everything, on purpose. It was the way the game was played, for maximum mystery and the power and allure that mystery generates.

Girls were really iconic in those days, not like real people at all. To ever see one drunk was a revelation, and the ruin of a young lady’s mystery. Some of us drank liquor in the woods around our houses. I did—me and Buzz Mims. Probably the sickest I ever got was on a sleep over at Buzz’s house, me and him with a pint of Bourbon, and “Muriel Baby”, Buzz’s mother, gone out of town. Last thing I remembered Buzz was still on his feet, dragging me by the armpits through the living room, begging me not to throw up again until he had me over, or under, the commode.

The magic of brown liquor completely escaped me after that night. I can count on my fingers and toes the total number of cocktails made with Bourbon that ever crossed my lips thereafter. I think Buzz Mims might have quit drinking altogether, and has maybe never tasted another drop of hard liquor.

Some of the crowd had connections and could get into actual bar-rooms where underage drinking was common. Ocean Drive, now North Myrtle Beach, was the hot spot.

Through a pine forest, up a two lane road, beyond the limits of quotidian morality, The Pad, that miraculous organization of sticks and shingles, once a beach house that Hurricane Hazel had let stand—while all around it had been kicked by the wind into piles of kindling and compost.

The Pad—no windows, but hardly any walls, no heat in the winter, no air conditioning in the summer, not even a competent floor fan to keep the cigarette smog separated from the body heat of hormonal overdrive. All the coolest people in the territory counted The Pad a gateway in the pilgrimage from childhood to full grown readiness for the dance of desire. I remember the first time I walked into the joint, and thought, Why? That is, why had anyone ever bothered to sneak out of their house and travel all this way? Because inside the joint was a comprehensive urinal. Everywhere you looked, peoples’ names were scribbled and dashed onto the walls, with messages lewd and loving, epitaphs to youth and the sexual revolution. It hadn’t occurred to anyone in the art world yet that graffiti should be a medium unto itself.

The joint was art, the whole thing framed in gold leaf reverence for the romance of the mud. Pilgrims, baptized in Pabst Blue Ribbon, developed the unshakeable faith that the night would stay young forever. 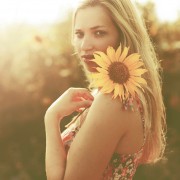 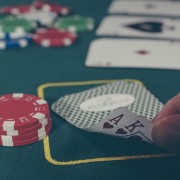 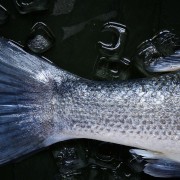 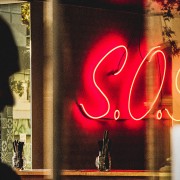 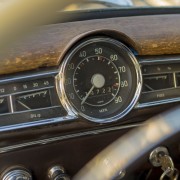 Tweets by @BoBryanWrites
They Came With A Rope

Spinning The Bottle
Scroll to top