The main thing that kept us boys in line at school was the threat of corporeal punishment.  Any man old enough to remember when it was legal for school teachers to swat trouble-makers, probably recalls a teacher, usually a man, who carried the biggest stick.  In my case, he was the baseball coach, who also taught math and science.  He also carried himself like a cop from whom it was useless to run.  Behind his back, we called him “Goot”, a lovable nickname; but supposedly, if you called him that to his face he would paddle you.

To “Goot” all of the secrets boys entering puberty dread to divulge seemed known.  Our attempts to outwit authority amused him.  He casually invited us to test ourselves against the rules, and the consequences of breaking them, if we were so inclined.  The “paddle” he used, as I remember it, looked something like a whittled down baseball bat: flat on one side, with holes drilled in it.  Occasionally he would show it to us with pride, maintaining his position as sergeant-at-arms-on-call to the ladies who were teachers, warning us not to underestimate the consequences of bad behavior in classrooms down the hall, where the teachers were didn’t look all that able to swing a baseball bat.  Once, he gave the oak desk in front of him a sudden blow.  The sharp crack of the bat skewered our hearts and guts, and left them hanging over the sudden fire in “Goot’s” eyes.

We loved him because he was tough.  Being afraid of him meant we were grown up enough to run afoul of authority that had the power to inflict greater physical pain than our mothers would.  We were still boys, edging into manhood because now it took a man to keep us in line, our preoccupied fathers notwithstanding.

In Goot’s homeroom class, I sat directly across the isle from the toughest kid in school.  His name was Stafford.  Everybody called him by his last name.  Years ago, I heard he murdered a man in Florida, went to prison, and was killed in the penitentiary.  The news didn’t surprise me.  In the eighth grade Stafford was just about a grown man, still in school after how many failures of grade?  He was sixteen or seventeen, tall for his age, already missing a couple of permanent teeth.  His intelligent eyes seemed to be laughing at something that nobody else understood.  Nobody messed with him, he was too much bigger than everybody.  He was cool in a way that fascinated me.  Sexual virginity was probably a distant memory to him.

Stafford lived on the south side of town. Either you came from the South End or the North End of Myrtle Beach.  In the north, families belonged to country clubs, the fathers played golf, the little girls rode horses, and boys like me were trained by their mothers to open doors and carry packages.  The South End was where the fun lived, where the Ferris Wheel turned, the roller coaster climbed and clattered, the merry-go-round went around and around.  All the kids that grew up there were tougher and wilder.  Stafford was a kind of ruler among his peers from from the South End.  He always seemed relaxed, unconcerned with common reality, or possibly numb to it.

That time “Goot” whacked his desk with the paddle, while the rest of us were stone silent, imagining what it would feel like to be bent over, holding your ankles when you were hit that hard.  Stafford said under his breath, loud enough for me to hear, a statement to the effect, that nobody, not his old man at home, not Goot, “not nobody”  would lay a hand or a stick on him. He finished with a threatening chuckle, and then a whistling sound that came through the gap of one of his missing teeth.  He smiled openly and waited, knowing the teacher had heard him.

The silence in the room, to me, was almost terrifying.  “Goot” had obviously heard.  He was not a big man, athletic, portly, and out of shape, still light on his feet. Stafford was taller than him.  “Goot” had the bat in his hand, maybe wondering whether anybody else had really heard.  Maybe “Goot” had not heard it either, and could go on explaining to the rest of us what would happen in his office down the hall, where he exercised his authority to use the stick.

I was thinking Stafford would fight him like a full grown man.  A minute before, “Goot” had been impressive, knocking about the room, telling us the rules, and the penalties we would pay.  Stafford had laughed at the law.  But “Goot” didn’t take the bait.  He wasn’t intimidated either.  In Stafford I think he saw a vulnerable kid, a overgrown puppy who had been brutalized somehow, and wouldn’t take it again, regardless of the size of the stick.

What I saw in Stafford’s face endeared him to me.  He looked just the way he did in a picture in the yearbook of 1961: As if staring into the eyes of a judge, silently pleading for mercy,  that except for “Goot’s”, he probably never got anywhere else. 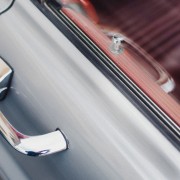 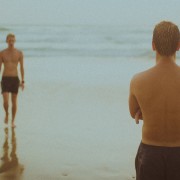 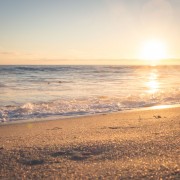 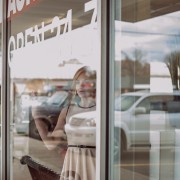 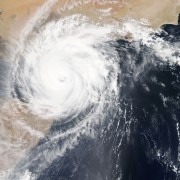 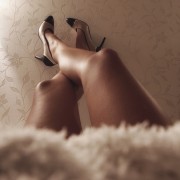 Tweets by @BoBryanWrites
A Thanksgiving Poem for the Road

Striking a Chord
Scroll to top