The night of the third day I slept. I meant to be up again in fifteen minutes, but hours elapsed. The deep sleep ended suddenly.

I woke up to a silent boat. No sound of the ocean. No movement, as if Mysterion had settled on a rock.

The silence and the stillness startled me. I launched out and scrambled on deck, and there was the skim-milk whiteness of fog. The ocean greasy calm. The fog was dense. The silence like a helmet enclosing my ears, there was no sound. I hated fog on the ocean. It was the spookiest thing.

Mysterion lay still, barely lifted on vague ridges of water. The boat’s reddish, tanbark sails hung limp from the spars. I listened into the fog. The silence formed a bubble; and in it was me straining to hear anything. Nothing was as terrifying in daylight as fog.

I checked the compass. The bow was pointed toward Venezuela. Behind me, off the port side, was Florida.

I went below and took a Loran fix. I was a hundred miles west-north-west of Key West, if there were any wind to take me there, and for the moment there was none.

The fog lifted while I was eating oatmeal.

Sunshine changed my view, in whatever situation I was in. In the dark, or in the fog, I was another sort of animal, never as sure. I preferred the company of fire and light.

I wanted music to go with my oatmeal. The King James version of the Bible was full of it: bronze bells and finger cymbals, the clash of swords, and creaking chariot wheels.

I hadn’t read the Bible in months, not since the mountains, when I had that strange experience, the heightening of my eyesight and other senses.

I still didn’t know what to make of the effects that music had on me. The lyrics and the melody had stuck like the hooks of a top-forty pop-rock anthem. The Lord’s Prayer had been running around in my head ever since. Repeating it was some kind of trigger; heightening awareness of the physical world, and brought on trust in the voice of my instincts, or whatever the source of that voice was, immaculate trust, as when it told me to maintain course and speed with a freight ship about to run me down. I was supposed to understand that? I couldn’t explain it to myself.

As a little boy, I accepted what my mother told me, that heaven, hell, and Jesus were solid. She had also told me that Santa Claus delivered the cowboy hats and toy pistols. Then the fat man became a joke, and I stopped knowing Jesus was real. Grownups admonished me to go on believing, or else go swimming in a lake of fire. No more cowboy hats and toy pistols in hell, the ultimate bag of switches. Giving up Santa Claus was a sure sign of maturity, but how was I supposed to un-believe in Jesus without doubt?

I was afraid of so many things as a kid, the dark for instance. I hated to see the sun go down. That morning in The Gulf of Mexico, I read the New Testament, Book of Mark, from beginning to end, a symphony, every last word. Jesus really had been, and they nailed him to a cross for saying he was God, and for saying, as I read it, he and we were equals in power, if we believed. I could walk on water too, all I had to do was know it. And I believed it. But I did not step off the boat. I was too sure to need the reassurance of a demonstration like walking on water.

It was like Sunday morning in love, when you wake up with bells in your ears and drink coffee with a scent of girl on your fingers, only more than that in every way, without the girl, and yet it feels like you’re dancing as you sit still. And when you move, it feels like love, even the pure stuff that maybe a baby feels to have that look of complete peace you marvel at in the eyes of an infant.

That was what it felt like, sailing east behind the Dry Tortugas, me and God on a wide open ocean.

We would fetch Key West in less than twenty-four hours. 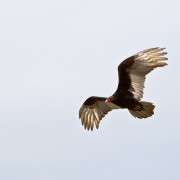 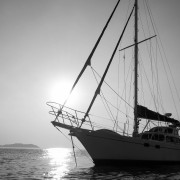 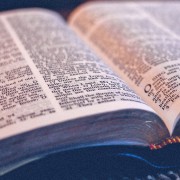 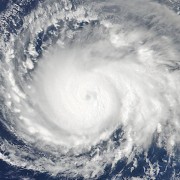 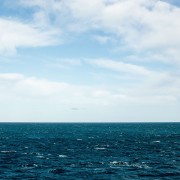 Go Home and Build Your House
Scroll to top